Is A.I. coming for everyone’s jobs? Not so fast…

Artificial intelligence is unquestionably one of the most exciting innovation frontiers in the history of technology. It’s nowhere near the promised land yet, but if the payoff is anywhere close to as big as we’re hypothesizing and imagining now, it could be as important as fire, or electricity, to the modern economy. I realize what an outlandish claim that may appear, but when it’s coming from Google CEO Sundar Pichai, it certainly deserves careful consideration.

Artificial Intelligence, as presently understood, could be a boon to the modern economy. It very well could massively grow GDP and boost productivity for the countries and companies on the forefront of harnessing it.

It could be a godsend for modern citizens in a lot of ways, too.

Is A.I. coming for your job?

Americans are more productive than we’ve ever been, and we work more hours than our counterparts in basically every other developed economy; we also take less vacation on average too. One of the great promises of A.I. is that we can remove many of the rote, dangerous, boring, physically debilitating jobs from the purview of humans to free up collective mindshare to focus on other pursuits, as well as transition employees to other careers more in line with human’s interests and natural abilities.

To many blue collar workers, though, that’s a terrifying concept. And they’re not totally wrong — automation decimated much of what was the American manufacturing economy (that and outsourcing, obviously). But much of that pain was a policy failure on behalf of politicians in not taking the GDP, productivity and real output gains and distributing (or forcing companies to redistribute) a portion of proceeds to the displaced workers/states/companies via job retraining, relocation, increased unemployment insurance, etc. Large-scale change like that is always going to hurt, to be fair, but the real losses could have been offset, and dramatically at that.

But A.I. wouldn’t be coming just for ‘low-skill’ work like truck driving — it can also cipher through immensely more data than a human can and assign meaning where we can’t see. Think about a supercomputer A.I. analyzing your genome sequence, comparing it against every other patient presenting similar symptoms to ascertain optimal treatment options. A doctor by his/her very nature can’t make that kind of calculation, there’s simply too much data.

If automation was able to remove many of the middle-class manufacturing jobs from the American economy, what could the devastation wrought by A.I. end up looking like? Does that mean Radiologists or Internists are going the way of the dodo?

In my expert opinion, I don’t think that’s likely any time soon. First off, A.I. isn’t really “intelligent” the way we think of humans as being. Yes, they can smash humans at Go or Chess, but the machines aren’t ‘thinking’ — they’re analyzing vast amounts of data points to recognize patterns and then react to the patterns based on an algorithm written by software programmers. There isn’t sentient thought occurring there.

If you asked Alexa to make a reservation for you at Ruth’s Chris, it might search Open Table for reservation openings, but it’s not like your Echo understands the concept of food, eating, sustenance or what a ‘Ruth’s Chris’ actually is. The sentence construction might prove difficult for Alexa as currently configured given the two-human-name nature of the restaurant (it might try to figure out which Chris is married to or dating a Ruth).

The fact of the matter is that most A.I. breakthroughs of the last half-decade are in the specific field of adaptive machine learning. The system adapts to input data and makes inferences based on pre-baked algorithms. To quote a recent article in the MIT Technology Review, “all this is a small part of what could reasonably be defined as real artificial intelligence. Patrick Winston, a professor of  AI and computer science at MIT, says it would be more helpful to describe the developments of the past few years as having occurred in ‘computational statistics’ rather than in AI.”

We’re not trivializing the importance, value or promise modern A.I. represents. Bad-ass ‘computational statistics’ can be massively valuable, actionable and profitable, all while benefiting society in the process. But, it’s a far cry from a truly ‘intelligent’ machine system coming for everyone’s job everywhere.

Now, none of that is to say we shouldn’t take the threats A.I. could pose to modern society lightly. We should have frank and open discussions about how we as a people, government and society ought to proceed on each respective front. But it’s also important to keep where we actually are in the evolution of A.I. in proper context.

It’s great and getting better; it’s not transforming modern economies and forcing humans into involuntary obsolescence just yet. 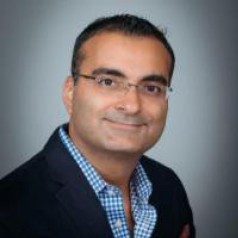