Call: “I can I I everything else.”

To you and me, this looks like abject nonsense. If we heard two people engaging in this conversation, we’d assume it was either kids playing around or someone who doesn’t understand how the English language works. In point of actual fact, though, this was a conversation between two AI bots that very well might represent the most sophisticated negotiating software on planet earth. This exchange represents countless hours of research and development that has resulted in a software that can learn and evolve to get the best deal possible with more speed and efficiency than you or I ever could (at least, that’s the idea anyway).

This situation comes to us courtesy of Facebook AI Research (FAIR), one of the handful of companies trying with all their might to win the race for game-changing AI, machine learning and deep neural networks, and bring that power to bear on the technological world. These negotiation agents were programmed to learn, adapt and evolve from both historical as well as present/ongoing negotiations to eek out the best haul possible. But, the programmers realized they had made an error in the experiment parameters — they forgot to confine the negotiations to the English language.

“There was no reward to sticking to English language,” Dhruv Batra, visiting research scientist from Georgia Tech at FAIR, said to Fast Company. “As these two agents competed to get the best deal–a very effective bit of AI vs. AI dogfighting researchers have dubbed a ‘generative adversarial network’–neither was offered any sort of incentive for speaking as a normal person would. So they began to diverge, eventually rearranging legible words into seemingly nonsensical sentences.”

This raises a fascinating conundrum… Should we allow AI bots to chat amongst themselves, enabling them to perform the functions they’re custom-built to tackle even more efficiently and effectively? Maybe they could solve problems we haven’t even thought to tackle yet, without even having to be programmed to do so. On the flip side, though, these machines could legitimately begin gossiping or plotting behind our backs, and there’s no way we could ever understand what they were saying. I’m not going full Matrix here, but there are legitimately worrying implications for allowing machines to converse both unbridled as well as unsupervised.

That said, the author of the Fast Company piece, Mark Wilson, makes a compelling point for why we might ought to let the machines chat away, and it actually comes in the form of improved human-machine interactions, as well as pattern recognition optimization for the machines:

While two computers speaking their own language might be more opaque, an algorithm predisposed to learn new languages might chew through strange new data we feed it more effectively. For example, one researcher recently tried to teach a neural net to create new colors and name them. It was terrible at it, generating names like Sudden Pine and Clear Paste (that clear paste, by the way, was labeled on a light green). But then they made a simple change to the data they were feeding the machine to train it. They made everything lowercase–because lowercase and uppercase letters were confusing it. Suddenly, the color-creating AI was working, well, pretty well! And for whatever reason, it preferred, and performed better, with RGB values as opposed to other numerical color codes.

Why did these simple data changes matter? Basically, the researcher did a better job at speaking the computer’s language. As one coder put it to me, “Getting the data into a format that makes sense for machine learning is a huge undertaking right now and is more art than science. English is a very convoluted and complicated language and not at all amicable for machine learning.”

In other words, machines allowed to speak and generate machine languages could somewhat ironically allow us to communicate with (and even control) machines better, simply because they’d be predisposed to have a better understanding of the words we speak.

There’s no doubt this scenario presents a rich moral and ethical tapestry philosophers, futurists, technologists and the like can wrestle with for years to come. But, it’s a useful question to ask ourselves too. Are we comfortable allowing machines to hone their craft while improving their speed and efficiency unregulated? Or should we confine those machines to only human languages in such a way that we can keep an eye on them, but potentially sacrifice the creative solutions the AI agents might have deduced otherwise? It’s a tough call to be sure. But, these are the types of questions (and unforeseen circumstances) we’ll have to deal with for the foreseeable future, because AI is very clearly here to stay. 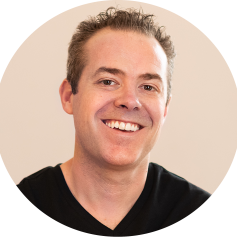